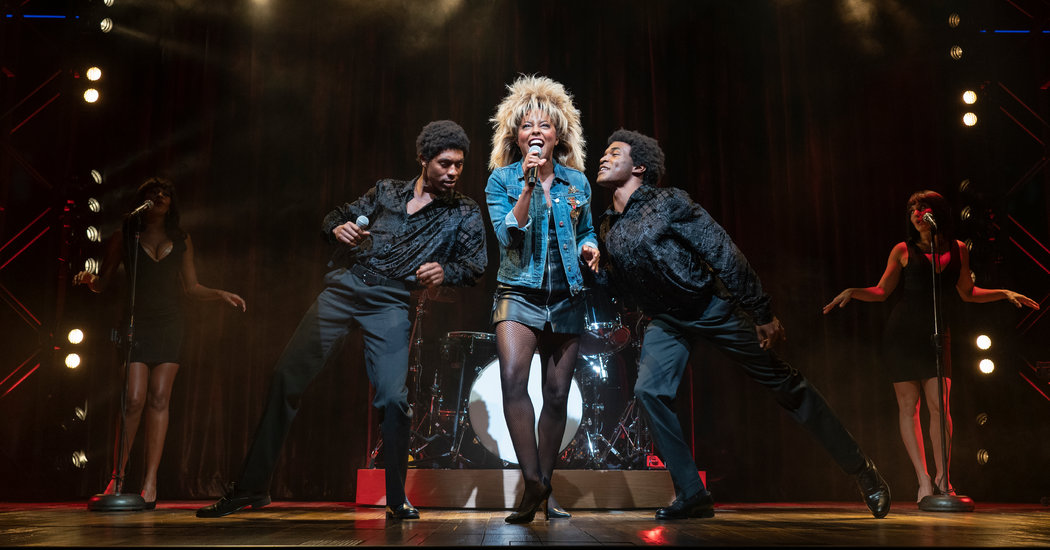 “What is a musical?”

I heard the perpetual question raised again a few days ago, and not innocently or idly. A showbiz veteran was concerned about the prospects for “Tina: The Tina Turner Musical,” which opened on Thursday at the Lunt-Fontanne Theater.

How would it be different from a rock concert? she wondered. Would a life story like Turner’s fit into the form? And why, she asked finally, “would anyone want to see that?”

These are great questions, which is not surprising because the person asking them was Tina Turner herself. Now happily retired, and turning 80 this month, she discussed her initial misgivings in an article she recently wrote for Rolling Stone about the making of the $16.5 million bio-jukebox musical that now bears her name. Apparently, she got over her doubts; is it unfriendly to say that, having seen the show, I’m still working on mine?

And make no mistake, I see Turner — the greatest rock queen ever to drag herself onto her own damn throne — as a friend, at least in the sense that millions of others do, as someone to admire and even protect. If hers has been the story of triumph rescued from the disaster of childhood neglect and horrendous spousal abuse, ours has been the good fortune to see that redemption rendered in real time as music and spectacle.

So Turner’s last question is the easiest to answer: I’d hazard that almost anyone who’d ever heard or seen her might want to experience her tale told onstage.

It’s a good tale, in theory, cut to the pattern of classic drama. Two elemental forces — hurricane-voiced Anna Mae Bullock and typhoon-tempered Ike Turner — are pitted in a struggle that nearly destroys both. But while Ike, for his sins, winds up a pariah and eventually dies of an overdose, Anna, rechristened Tina by her Svengali-like husband, rises from the depths, to greater glory solo than she ever achieved under his boot.

More important, as far as pure entertainment is concerned, this story comes with songs that can thrill an audience when rendered as Turner sang them; at this, the musical “Tina,” directed by Phyllida Lloyd, happily succeeds. In a performance that is part possession, part workout and part wig, Adrienne Warren rocks the rafters and dissolves your doubts about anyone daring to step into the diva’s high heels.

But as to Turner’s other questions, I’m afraid I share her initial skepticism.

To rip the Band-Aid off quickly, the book (by Katori Hall, with Frank Ketelaar and Kees Prins) is so thin it’s see-through. You can’t really blame Hall, whose earlier work (including “The Mountaintop” and “Our Lady of Kibeho”) is complex and layered. No, this is a problem built into the biographical jukebox genre, whose songs leave the narrative only enough time for turning points and climaxes. Cherry-picked lives look ludicrous.

Shuffling and reassembling events to smooth the arc may improve the shape, but at the cost of accuracy; the 1993 Turner biopic “What’s Love Got to Do With It” was almost as much fiction as fact. This stage musical, for which Turner and her second husband, Erwin Bach, are credited as executive producers, is truer but blurrier. It rushes so hard that Warren, who appears in almost every scene, has to swap emotions even faster than costumes. She sometimes seems more rattled than ravaged.

The problem is exacerbated by another jukebox tic: songs bent into improbable shapes to serve a story they weren’t designed for. When Ike (Daniel J. Watts) proposes to Tina seemingly out of the blue, she responds by singing “You Better Be Good to Me,” from her 1984 comeback album. By 1984, she was divorced and had the guts to back up the lyric’s threat — but the scene is set in 1962, when she didn’t.

Such gaps in logic can be bridged if you spend enough time thinking about them; perhaps it’s meant as irony that Tina sings the joyous “River Deep, Mountain High” — about a love that “gets stronger every day” — just after getting a black eye from Ike.

But having to do that kind of mental work yanks you out of the story. So when the song “Private Dancer” turns up to illustrate the moment when Tina, at her nadir, is working as a maid to make ends meet, I had to ignore the lyrics, about a prostitute who will “do what you want me to do,” and just enjoy Warren’s husky, pungent way with the tune. The same was true when “We Don’t Need Another Hero,” the apocalyptic anthem from the “Mad Max Beyond Thunderdome” soundtrack, was conscripted for a cremation.

Is it a surprise that a show with 41 credited songwriters cannot sustain a coherent point of view on a main character who sings in 25 of the 27 numbers? Ike, with just a few musical and narrative gestures, is better articulated, and Watts is terrific delivering his gleaming menace.

But Lloyd, in much of her staging, does not serve the book scenes well. The pace is too hectic except when it unaccountably grinds to a halt, which is an odd problem in a show that was already running in London for more than a year before being remounted for Broadway. And perhaps it’s only to be expected from the director of “Mamma Mia!” — the show that jump-started the jukebox genre — that the tone is generally coarse and obvious.

Still, whenever you begin to despair of its story, “Tina” (and, with it, Lloyd’s sense of buoyancy) roars back in purely non-narrative ways. Suddenly, Bruno Poet’s lights bump way up. Mark Thompson’s costume designs provide the icons we want: the gold shimmy dress with tiers of fringe, the Alaia red leather mini zipped up the front. And Anthony van Laast’s choreography, perhaps too slick in the early scenes, when Tina and the (terrific) Ikettes would not have been so smooth, turns deliciously satisfying in the later ones, when the star owns her body at last.

But what I’ve just described is a rock concert — which is what “Tina” essentially turns into. It’s a blast if that’s what you came for. If you meant to see a true union of song and story, though, you won’t get it here. Because that, to answer Turner’s first question, would be a real musical.