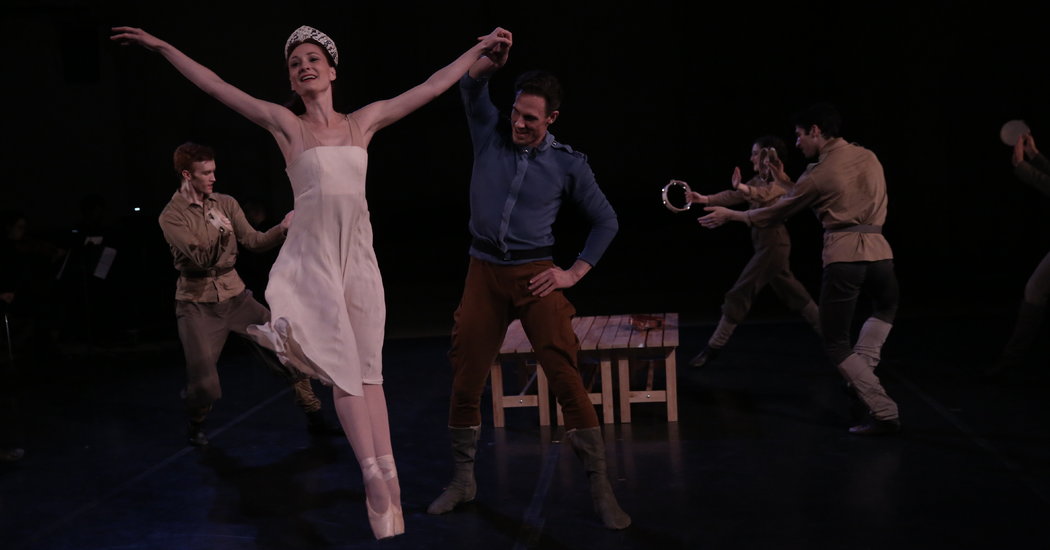 NYTB/Chamber Works has so much going for it. Known up until very recently as New York Theater Ballet, it has, for more than 40 years, maintained high standards as a scrappy, chamber-size troupe in the big city. Its hard-working, unaffected dancers have been presenting repertory gems and worthwhile curios overlooked by major troupes, alongside new works by choreographers sometimes also unjustly neglected by the big guns.

Since 2015, the company has had a congenial home at St. Mark’s Church, where its programs, like the current REP one, always featuring live music and musical interludes, have some of the warmth and intimacy of recitals in a college town. It’s an atmosphere of gently rising expectations, which can be pleasing but unstable. A standout dancer or an especially good premiere can stoke desires for more than the company can reliably deliver, casting the troupe’s modest virtues in the unflattering light of discontent.

This should all make Stravinsky’s “The Soldier’s Tale” a resonant choice for the troupe. The 1918 theatrical work is a fable about a soldier who trades his violin — his soul — to the devil for wealth, only to realize the true happiness he’s given away. More than once, he loses something precious by grasping for more. And that’s the moral stated in the text: “You can’t have everything.”

The new production that had its premiere on Thursday boasts direction and choreography by Robert La Fosse, whose pedigree as a performer includes both New York City Ballet and American Ballet Theater. For a soldier, it has Stephen Hanna — who left City Ballet for Broadway — and for a devil, the celebrated performance artist John Kelly.

Alas, it isn’t enough. Mr. Hanna’s ingenuous acting and leading-man moves suit the doltish soldier, and Mr. Kelly brings some sizzle, delivering all his lines as double-entendre. But presented without the usual narrator, the story is fuzzy and flat in spots, and the choreography, heavy on balleticized folk dance, never rises above serviceable. The wonderful score seems underserved.

“The Soldier’s Tale” caps a varied program that was admirable and underwhelming. In the past, I’ve thought of Antonia Franceschi as one of those unjustly neglected choreographers championed by NYTB. She’s not in the same world-class league as Pam Tanowitz, who made her witty, idea-packed “Double Andante,” also on this program, for the NYTB back in 2014, before many of the world’s greatest companies all started hiring her. Still, Ms. Franceschi has talent and skill.

Unfortunately, I found her new “Uncaged” at once overwrought and wispy. Set to a melodramatic commissioned score by Claire van Kampen, the dance is, according to the program note, inspired by Lee Krasner’s “Umber Series” paintings. But this clichéd view of stormy male-female relations has none of Krasner’s precision or power.

Similarly, while I have loved works that the veteran British choreographer Richard Alston has made for the company, I was disappointed in “The Small Sonata,” which he created for his own troupe in 2004. Admittedly, I was very distracted by Julian Macdonald’s tacky costumes: netting and crystals more suited to dancing on ice. But Mr. Alston’s dutiful musicality seemed not to discover much in Ravel’s “Sonatine.”

That musicality, though, did showcase the dancer Erez Milatin. A little guy with luminously clear classical technique, he is one of those standout NYTB dancers who raise expectations; it is easy to imagine him moving up to a major troupe. It may be tempting the devil to want more from him, more for him, but I do.