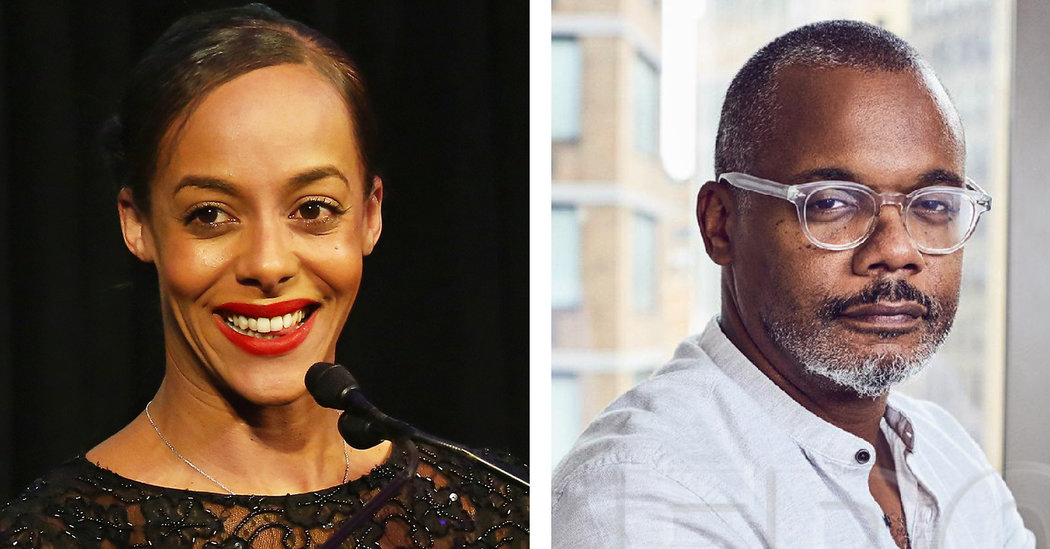 Getting to the top in book publishing has traditionally been a plodding and prolonged climb — and once you got there, you didn’t leave. Knopf has had four publishers in its 105-year history. Farrar, Straus and Giroux has only been run by two people since John C. Farrar, Roger W. Straus and Robert Giroux.

But over the last year, deaths, retirements and executive reshuffling have made way for new leaders, more diverse and often more commercial than their predecessors, as well as people who have never worked in publishing before. Those appointments stand to fundamentally change the industry, and the books it puts out into the world.

The latest move came on Wednesday, when Pantheon announced that it had hired Lisa Lucas, the executive director of the National Book Foundation, to become the publisher of Pantheon and Schocken Books.

“Everything is up for change, and will change,” said Reagan Arthur, who was named publisher at Knopf in January. “Ten years from now, I don’t think anything will look the same.”

With the deaths of industry titans like Carolyn Reidy, the chief executive of Simon & Schuster; Sonny Mehta, Ms. Arthur’s predecessor at Knopf; Susan Kamil, publisher at Random House; and the longtime Simon & Schuster editor Alice Mayhew, American publishing has lost some of its most prominent leaders.

Not only did they define contemporary literature, they steered an industry not known for its agility through such seismic shifts as the digital revolution, the rise of Amazon and online retail, the 2008 financial crisis, the rise and subsequent decline of Barnes & Noble, the collapse and subsequent resurgence of independent bookstores, and the explosive growth of audiobooks.

It was a generation that published some of the most influential books and authors of the 20th century. Mr. Mehta, whose taste and commercial acumen were legendary, published literary giants like Kazuo Ishiguro, John Updike and Salman Rushdie. Ms. Mayhew, who died in February after a nearly 50-year tenure at Simon & Schuster, shaped the work of Bob Woodward, Walter Isaacson, Doris Kearns Goodwin and Stephen A. Ambrose.

Other industry icons are moving on, leaving a vacuum. Last week, Nan Talese, publisher of her own imprint at Doubleday, said she would retire in December after a trailblazing career that spanned six decades and shaped the careers of writers like Margaret Atwood and Ian McEwan.

At the same time, some of the editors and publishers who were viewed as rising stars and presumptive heirs in recent years have been overlooked for top jobs, and even let go amid corporate streamlining.

Some of the people who have been brought in as replacements for those senior positions have markedly different sensibilities than their predecessors. Ms. Arthur at Knopf and Amy Einhorn, the new publisher of Henry Holt, are both known for having a strong commercial sense, an eye for what sells and for knowing what women want to read. While the ranks of the publishing industry skews heavily female, and women tend to buy more books, men have often held the top jobs.

Ms. Lucas’s new role comes on the heels of another big hire in publishing’s executive ranks. Last week, Simon & Schuster brought on Dana Canedy, a former New York Times editor and the administrator of the Pulitzer Prizes, as the new publisher of its namesake imprint.

Ms. Canedy, 55, will become the first Black person to lead a major publishing house. She said she’s aiming to acquire books that are “completely out of the box.”

“The most obvious element of diversity I bring is being a Black woman, but I also grew up in a small town in Kentucky. I’m also of a military family. I’m also a single mother,” she said in an interview. “I think I will be more open, perhaps, than some to taking a chance on unknown authors.”

Ms. Lucas and Ms. Canedy, both newcomers to publishing, are now poised to become two of the most powerful Black women in the literary world, with the ability to alter the culture of the divisions they lead and shape the landscape. Both are taking on roles that give them discretion over who and what gets published, and the ability to recruit new authors and editorial talent, at a moment when the publishing industry is struggling to diversify both its work force and the titles and authors it champions.

They join a small but influential group of Black editors and publishers at major publishing houses, including Dawn Davis, who heads the 37 Ink imprint at Simon & Schuster; Tracy Sherrod, editorial director of the Amistad imprint at HarperCollins; Erroll McDonald, the longtime executive editor of Pantheon; and Chris Jackson, the publisher and editor in chief of the Random House imprint One World.

Publishing employees often toil for decades as assistant editors and vice presidents, gradually working their way up the ladder. The fact that both Simon & Schuster and Knopf appointed leaders who had never worked in the industry suggests that companies are prepared to overthrow old hiring practices that rely on insider networks and paying your dues over the decades.

Mr. Jackson said that the scarcity of Black executives in publishing makes it hard for companies to recruit from within their own ranks and imperative that they look to other industries when hiring.

“So much of the discussion we have about things like diversity and inclusion is about hiring at the entry level, and so we’re really talking about a 20- or 30-year project to get those people into senior positions as they work their way up,” he said. “These openings happening at this moment create an opportunity to look outside of our industry — because we have to, because there’s been no cultivation of any kind of a diverse group of senior executives who are ready to move into those positions from within the industry.”

While publishers have made strides in elevating women into executive positions in recent years — with leaders like Madeline McIntosh at Penguin Random House, Ms. Arthur at Knopf, Ms. Einhorn at Henry Holt and Mitzi Angel at Farrar, Straus and Giroux — the industry still lags far behind in terms of racial diversity.

Publishing’s work force is more than 75 percent white, according to a survey released earlier this year by the children’s book publisher Lee & Low Books. Companies that have long made vague promises about recruiting more people of color, in some cases prompted by the nationwide protests against systemic racism, are facing louder calls to deliver concrete plans.

Last month, a crowdsourced campaign to reveal racial disparities in author advances, using the hashtag #PublishingPaidMe, swept Twitter. More than 1,300 employees of major publishing companies called for a day of action to highlight the industry’s diversity problem, signing a letter citing their opposition to the “industry’s role in systemic racism, its failure to hire and retain a significant number of Black employees or publish a significant number of Black authors, and its pursuit of profit through books that incite racism.”

In response, major publishing houses said they would make diversifying their work forces a priority. Penguin Random House said it would share statistics on the racial makeup of the company, require antiracist training among its workers and pledged to publish more books by people of color. Hachette Book Group also said it would share demographic information about its work force internally and create diversity goals for both its publishing programs and its staff.

Michael Pietsch, the chief executive of Hachette Book Group, said that the lack of diversity within publishing houses has made it difficult to recruit people of color for leadership positions.

Ms. Lucas, who will take over at Pantheon and Schocken next year, said in an interview that she tried to get a publishing job fresh out of college but couldn’t. She went on to positions in theater and film, before becoming the publisher of the arts magazine Guernica.

In 2016, she was named the executive director of the National Book Foundation, where she raised the profile of the organization, helped to elevate the work of writers of color, and directed an effort to make 1.4 million books available to children in public housing.

“I always joke that I’m like a house renovator,” Ms. Lucas said. “You go into a classic old beautiful house that’s totally fine, and you figure out how to bring it into the future and make sure it’s steady and strong and modern. The idea is loving tradition but also loving the future.”