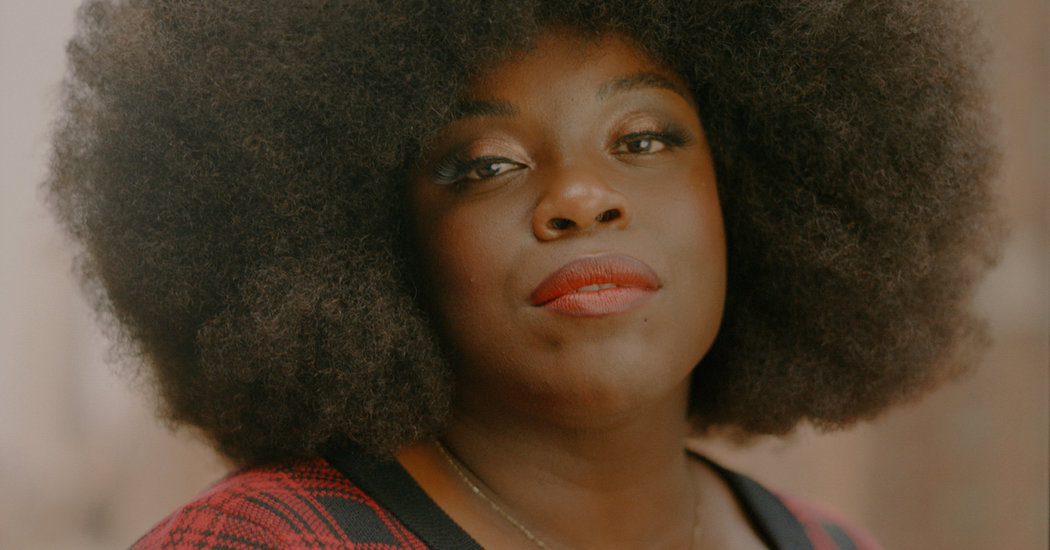 Yola — Yolanda Claire Quartey — sang her first recording session 20 years ago, as a teenager in her English hometown, Bristol. This Sunday at the Grammy Awards in Los Angeles, she has been nominated for best new artist and three other awards: best Americana album for her debut, “Walk Through Fire,” best American roots performance and best American roots song.

For Yola, 36, the two decades in between encompassed homelessness, international arena tours, stealthy appearances on dance-pop hits and, eventually, the hard-won self-reinvention that brought her to Nashville to make “Walk Through Fire” with the Black Keys’ Dan Auerbach as producer.

The one constant was her formidable voice — a range that stretches toward four octaves, backed by the power to infuse whatever she sings with deep soul. Yola can moan and rasp and steamroller her way through a chorus, bringing crowds to their feet; she can also tease out the pain, longing and humor of subtler moments. Onstage and off, she’s a vivid presence: a voluble storyteller with an imposing Afro and a boisterous laugh.

Although Yola grew up in the 1990s, she built her vocal approach on sounds of earlier generations: Aretha Franklin, Dolly Parton, Mavis Staples, Ella Fitzgerald, Otis Redding, Dusty Springfield and more. “I was very isolated from the ability to absorb popular culture,” she said in a recent interview in New York. “Poverty is a wonderful isolator. If you have resources, you have access to all the latest computer games, all the latest records.”

She didn’t. Streaming wasn’t yet an option, so she soaked up music from the LP collections of her mother and her friends’ parents. At her most recent New York City show, a sold-out Music Hall of Williamsburg, Yola interspersed her own songs with showstoppers from Franklin and Elton John, but also delivered an introspective deep cut from the Beach Boys, “Till I Die.”

Yola proudly describes her music as “genre-fluid” and “out of time.” Her Grammy-nominated song, “Faraway Look,” is a reverb-laden ballad that harks back to the early 1960s pop melodramas of the Righteous Brothers and Roy Orbison. Much of her album reaches back to vintage Southern soul: hand-played rather than programmed, sung with fervent grit and grain, and reclaiming the relationship between soul and country music that Yola sums up as “an interstate between Nashville and Memphis.” (Her competitors for best new artist include commercial blockbusters like Billie Eilish, Lizzo and Lil Nas X.)

For Yola, the songs about love and self-preservation on “Walk Through Fire” mark her escape from what she recalls as the “negative, abusive environment” of her 20s — when she was working constantly as a singer and collaborating songwriter — and from a “bro-tocracy” that convinced her for too long that she couldn’t make music on her own.

“I was just made to be afraid of my own personality in every single situation I was in before I was solo,” she said.

Yola describes “Walk Through Fire” as “a breakup record” with her diffident former self. In the video for “Ride Out in the Country,” she drives a pickup truck into the backwoods and buries a corpse that also turns out to be Yola. “Doormat Yola goes in the ground where she belongs!” she explained, with a cheerful cackle.

“For so much of the album, I’m talking about who I was, not who I am,” she added. “You have to go back to a previous incarnation of yourself, you have to reconnect with that old part of yourself — and the vulnerability in that state — to be able to tell the story.”

Yola dropped out of college to work as a singer, and despite some lean times — at 21 she was evicted and homeless in London — she got gigs as a “frontwoman for hire” with her undeniable voice. In the mid-2000s she sang for Bugz in the Attic, a dance-pop group that drew large audiences in Europe, Asia and Australia, and in 2008 she toured with the Bristol trip-hop pioneers Massive Attack. She also sang and co-wrote melancholy, rootsy songs for her own group Phantom Limb.

Yola’s first teenage recording session was with the Bristol-based production team Distorted Minds, and behind the scenes, she continued to work as a studio singer and topliner for electronic producers, belting hooks others had written or coming up with lyrics and melodies for their tracks. “All of my old network that were players and music makers, there were a handful of token women and they were the singers. And then there’s a crowd of men and they’re like the expertise, all the players and the technicians,” she said. “My whole life was one of codependency.”

Yola’s voice topped British dance-club hits including “Turn Back Time” by Sub Focus, for which she wrote the top line, and “Don’t Look Back” by Duke Dumont. And because British copyright law provides “neighboring rights” royalties to performers as well as songwriters, her work was profitable. But with rare exceptions — like the country-blues-rooted “The Devil and Midnight,” which she wrote with the producer Nitin Sawhney — she refused to be credited for her studio vocals.

“Part of the contract was that you don’t use my name. Because when I debut, I want to debut under my own guise,” she said.

In 2012, Yola started to redefine herself, a process that accelerated after the death of her mother the following year. She broke away from old associates, learned to play guitar and started writing songs on her own.

“It dawned on me that I needed to be my own rich daddy,” she said. “Because what’s the music industry full of, other than rich kids who had daddies who could prop them up?” With her dance-pop royalties, she financed and produced her largely acoustic debut EP, “Orphan Offering,” billing herself as Yola Carter. Its opening song, “Home,” turns into a multitracked vocal crescendo, vowing, “Let’s get going!”

For her showcase at the 2016 Americanafest in Nashville, Yola got a crucial endorsement from NPR Music. She went on tour with a full band, using those royalties from her dance hits — “the bank of Yola,” she said — to pay them.

By 2017, after touring festivals in the United States, Europe and Scandinavia, she had built considerable word of mouth. She returned to Americanafest for a more prominent spot. A video of her performing reached Auerbach, who was building his Easy Eye Sound studio and label in Nashville. “As soon as I heard her I wanted to meet her,” he said by phone. “I was instantly struck by her voice, by the range of her voice, just the command that she has — it spoke to me.”

They wrote and recorded “Walk Through Fire” fast. Yola, Auerbach and assorted co-writers — including Dan Penn, a writer on Aretha Franklin’s “Do Right Woman, Do Right Man,” who joined Auerbach and Yola for “Faraway Look” — got together for songwriting sessions, often with different combinations in the morning and the afternoon. In a week and a half, they had dozens of songs. “Some people have it and some don’t,” Auerbach said. “She just sounds like a record.”

Yola was collaborating again, but in Nashville, Auerbach said, “She was the leader. She’s unafraid to take it to the edge, and her edge is way further than most people’s.”

Getting recognized with Grammy nominations for work made on her own terms “made me feel as though for the first time, I had the sense of a safety net,” Yola said. “I’m O.K. I can carry on growing and if I need to take another risk then just take it. It’s all working. You’re not crazy. This is the solid foundation on which I build my fabulosity.”