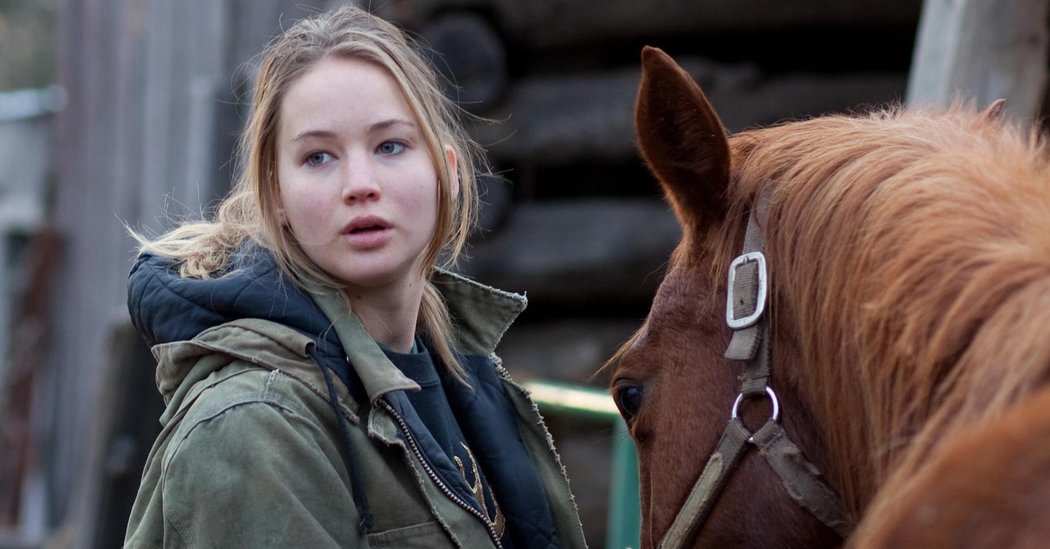 The recent history of the Academy Awards is littered with puzzling and short-lived plans. Remember the pandering popular-film Oscar, or the show’s decision to present several categories during the commercial breaks? Both ideas were so roundly derided that they never made it past the point of a news release.

Such tweaks are usually desperate moves meant to goose ratings, and the same could be said of another radical change, when the academy announced after the ceremony in 2009 that it would expand the best-picture field to include more than five movies. Against all odds, it’s an experiment that has managed to stick, and your Carpetbagger is willing to give credit where it’s due: 10 years after the first expanded lineup was released, I’m convinced it should be considered one of the best moves the Oscars have ever made.

In fact, I’d go so far as to say it saved the show.

Of course, the decision to blow up the best-picture category wasn’t greeted with nearly as much enthusiasm in June 2009, when the academy president at the time, Sid Ganis, declared that the best-picture category would suddenly field 10 nominees. Industry veterans worried that the expansion would sap a nomination of its prestige factor, and many of the publicists and producers who had won previous best-picture fights felt particularly aggrieved, like high achievers learning that the SAT had become easier after they took it.

Still, the best-picture formula had by then become stale, too often finding spots for twinkly Miramax films like “Chocolat,” ”Finding Neverland” and “The Cider House Rules.” Without big hits in the mix, viewer interest was fading, and after the 2009 best-picture lineup snubbed well-reviewed blockbusters like “The Dark Knight” and “Wall-E” in favor of middlebrow dramas like “Frost/Nixon” and “The Reader,” Ganis huddled with academy decision makers to figure out a new path forward.

“I would not be telling you the truth if I said the words ‘Dark Knight’ did not come up,” Ganis told reporters after the big announcement. His hope was that the next year would bring a best-picture list filled not just with prestige dramas but also with the kinds of movies that had previously possessed little shot at penetrating Oscar’s inner circle: “Who knows,” Ganis said, “there might even be a comedy.”

He got his wish, and then some. The expanded 2010 best-picture lineup turned out to be the most exciting and diverse collection the Oscars had ever produced, containing sci-fi blockbusters (“Avatar” and “District 9”), auteur-driven dramas (“Inglourious Basterds,” “Up in the Air”), an acclaimed animated smash (“Up”), a heartland hit (“The Blind Side”), and a Coen brothers comedy (“A Serious Man”).

Until that year, no best-picture lineup had ever featured more than one film directed by a woman, but 2010 gave us two — Lone Scherfig’s “An Education” as well as the eventual best-picture winner, “The Hurt Locker,” directed by Kathryn Bigelow — while the next year gave us two more. With Lee Daniels’s “Precious” on the 2010 list, it was also the first time that a best-picture nominee had been helmed by a black filmmaker; since then, two movies by black directors have gone on to win best picture: “12 Years a Slave” and “Moonlight.”

In short, the 2010 lineup was one for the history books, and the following year was no slouch, either: That best-picture category made room for obvious front-runners like “The King’s Speech” and “The Social Network” as well as action spectaculars like “Inception” and contemporary indies like “Winter’s Bone” and “The Kids Are All Right.” (I still can’t believe some of the wonderful, one-of-a-kind films that managed to get best-picture nominations during that period. Reader, it thrilled me!)

Of course, the Oscars couldn’t leave well enough alone, and the academy soon caved to naysayers who felt that 10 best-picture nominees might be too much. From 2012 on, contenders would have to meet a more exacting threshold to be nominated, and the end results could vary based on the number of votes, delivering us eight or nine best-picture nominees instead of an even 10. It was a tweak that seemed to fundamentally misunderstand the point of the expansion in the first place: No Oscar year has ever lacked for 10 great movies, though they may have lacked voters with the imagination to recognize them as such.

That’s what the expanded best-picture field is meant to redress, and it’s why the category should return to a consistent 10 nominees. The fuller list is able to provide a far more accurate snapshot of that year in film: Imagine if we’d had it for 1999, an exciting cinematic year that is nevertheless represented by so-so best-picture nominees like “The Green Mile” and “The Cider House Rules” and lacks all-time classics like “Election” and “The Matrix.”

A best-picture list of 10 also encourages the academy and the public to watch more than just a handful of worthy films: Though “The Farewell,” “Knives Out” and “Uncut Gems” didn’t ultimately make this year’s best-picture lineup, the presumption that they might helped them become even more widely seen and discussed. And at a time when diversity is at the forefront of the Oscar conversation, the expanded best-picture field may be one of the sole reasons this awards show hasn’t completely collapsed under the weight of controversy.

If you cut the category back to the five movies that also received corresponding best-director nominations over the last decade, so many of the best-picture nominees that starred people of color would be lost: No “Black Panther,” “Selma,” “Hidden Figures” or “Fences,” to name just a few. Most of the female-fronted movies would go, too, including “Little Women,” “Brooklyn,” “Zero Dark Thirty” and “Winter’s Bone,” not to mention nearly all the modern-day stories, films about queer people, and sci-fi and genre films that have recently been nominated: No “Call Me by Your Name,” “Her,” “Marriage Story” or “Inception.”

Those are the movies that have helped expand the notion that an Oscar contender can be more than just a British period drama or a weighty war film, and without them, the Oscars would appear even more insulated and homogeneous than they already do. This show will stay relevant only if it can still excite and surprise us, and the potential for that is considerably lessened unless a wider net is cast.

You can see the ripples from 10 years ago in this year’s imperfect but fascinating best-picture list: A decade after “The Dark Knight” provoked the rule change, “Joker” is now our nomination leader. With “Little Women,” Greta Gerwig has become only the second woman to direct more than one best-picture nominee, after Bigelow began her run in 2010.

And were it not for the bigger best-picture field’s willingness to include more modern-day films, genre hybrids and movies not made in the English language, would we have arrived at a point where “Parasite” is thrillingly close to becoming the first foreign film to take Oscar’s top prize? I don’t want to think of this year’s contest without it, and it’s further proof that when it comes to best picture, the boundaries of the category and the borders of one’s mind could always benefit from a bit of expansion.